Nutanix CEO on impressing Main Street, what he thinks about Dell’s IPO and why he’s ‘getting comfortable being uncomfortable’

“I am a big student of history,” said Nutanix’s founder and chief executive Dheeraj Pandey, “and I am a fond believer of the adage that the more things change, the more they stay the same.” The CEO’s chosen maxim might seem a little out of place for a young company such as Nutanix which, in the scheme of things, has only just started to make waves in the hyperconverged space. But for Pandey, the phrase resonates with his ambition to turn the vendor’s early success into something long lasting. History lessons have become regular events for Nutanix employees. The CEO said he regularly gathers his leadership team, often sitting on beanbags and couches, to learn from the biggest successes and failures of the industry over the last 30 years. “They’re informal gatherings of our leaders. People call them off-sites but for us it is about doing a real, fun, content-rich activity which garners a lot of camaraderie. We do it really differently, and it is real production-quality stuff,” said Pandey. “We bring a lot of people from outside the company – speakers and advisers and board members – and a lot of the time all we talk about is the history of IT in the last 20 to 30 years. “There’s a lot to learn from what went on in that time. A lot of the off-sites are about learning from others who went through their own sagas to discover how things were back in the 90s or 2000s, and to learn about the highs and lows of other giant companies.” Staying power Nutanix is only nine years old, and has been publicly listed for a little over 18 months, but it is clear that Pandey possesses an acute awareness of what it will take for Nutanix to become a long-lasting monolith of the IT industry. He draws inspiration from the term “antifragile” – coined by author Nassim Nicholas Taleb in his book Antifragility – in his ambitions for what he hopes Nutanix will become. Pandey explained that antifragility stems from a system which thrives on volatility and disorder, only to emerge stronger than ever before. He almost welcomes, and is excitedly anticipating, hardships that Nutanix will inevitably encounter, and aspires to be the CEO of a company that has stared down the barrel of failure, in whatever form it may take. “One thing we absolutely have a conviction on is companies that grow from small to mid-sized to large firms. One thing that is common about these companies is this idea of staying power. How do you actually get staying power? The only way you get staying power is if you understand that there are highs and lows in life, and when the lows existed for many of these companies, they knew how to improve and how to get better from the lows,” he said. “Antifragile is a state of mind; it is part of the journey, not a destination. If you think about Amazon as a company, their stock went down by 50 per cent three times in their journey. They’ve had to face two big shocks – one being the recession of 1999 and the other the financial crisis of 2008. If you think about Microsoft and its own antifragility with the Department of Justice, there are all sorts of things that the best companies in the world have gone through.” “Even Facebook, just six months ago, with privacy and Cambridge Analytica, going and asking for forgiveness, look what they’re going through right now.” Relearning how to lead Something that Pandey shares with the CEOs of industry giants Amazon, Facebook and Microsoft is his tech pedigree. Having studied computer science at the Indian Institute of Technology in Kanpur, Pandey went on to study at the University of Texas in 1997, but dropped out after a year. He then worked as a software developer at Trilogy Software, and took on various engineering and developer roles at Zambeel, Oracle and Aster Data Systems before founding Nutanix in 2009. Discussing the general trend of many vendor giants choosing tech-oriented leaders, Pandey observed that the role of the CEO, as well as the boardroom environment within tech companies, has drastically changed over the last five years. “Back in the 90s, boardrooms were very different – it was all about chest thumping and braggadocio and it was actually a very inauthentic environment,” he said. “In the last five years, with social media and millennials, for a lot of different reasons, CEOs today are really supposed to connect more with Main Street as opposed to just catering to Wall Street. “When you have to stay connected to Main Street, you have to be humble, you have to be hungry and you have to be paranoid, and be very honest about things. Because Main Street doesn’t give a hoot about what your stock price is. It is demanding more authenticity from itself – from CEOs down, we are having to think about the consumer all the time. That is a great development for our industry.”

The paradox of publicly listed life

Pandey also opened up about new challenges stemming from Nutanix’s IPO in September 2016. He said that as CEO he has had to strike a balance between impressing Main Street, Nutanix’s customers and partners, and Wall Street.

Being a public company is often associated with having to deliver on short-term targets, rather than being afforded the freedom to pursue long-term goals. Pandey said that Nutanix’s new status as a public company has created a new dilemma for Nutanix: balancing paradoxes in leadership.

“That is something we’ve been doing with our executive management team – the fact that leadership is seen in paradoxes. One of our key principles is: we need to get comfortable being uncomfortable,” he said.

However, it is hard to imagine Nutanix as anything but comfortable, judging how the vendor has performed on the stock market since its debut.

Its IPO was the largest VC-based IPO in the US in 2016, reaching an exceptional $5.08bn valuation after opening-day shares soared by 133 per cent.

Nutanix’s share price has risen by 39 per cent since its debut, and it now has a market cap of $8.8bn.

“Even though many people bemoan the fact they are public and their hands are tied, I feel like the stock market is quite a democratic system. It lets you really think about your dream, your vision, your marathon, as long as you continue to deliver on the sprints. They might not care about the marathon themselves but if you can make it look like a marathon of sprints, then very large companies can be successful as a public company, which is what we are trying to do.”

The CEO @DheerajPandey extended his favourable disposition towards publicly listed life to the latest news from @DellTechnologies. @MichaelDell only recently confirmed rumours that Dell is planning a return to the stock exchange through a stockholder buyout of @VMware tracking stock. Despite the Dell CEO often speaking openly about the benefits of private ownership, Michael Dell claims that the move will help simplify the company’s capital structure.

Nutanix has been an OEM partner of Dell EMC since 2014, and has been running its software on Dell’s XC storage series since.

Pandey said Dell’s relisting will bring more transparency to the performance of its consumption-based models and other new lines of business for the vendor.

“I do think that having a public company status brings more transparency to the business,” he said.

It is absolutely [a good thing for Dell]. As Dell goes through a transformation with respect to product and architecture and the public cloud and their new consumption models in storage and servers, it requires a bellwether company such as Dell EMC to have transparency.” 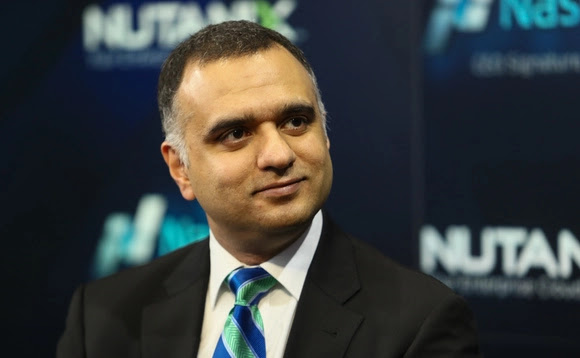